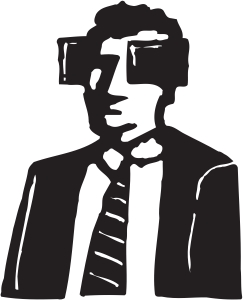 Podcasts have gone mainstream – that is the inescapable conclusion as audiences for online audio grow exponentially.

‘S Town’ made by the producers of the earlier hit ‘Serial’, has become the latest star in the podcast firmament achieving 10 million downloads in just four days. The series – recorded over 3 years – revolves around the compelling story of John B McLemore, an exceptional and talented middle-aged man from a small town in rural Alabama.

S-Town and Serial have both proved – beyond doubt – that podcasts have mass appeal, and are challenging traditional radio broadcasters for the way in which people access audio programming.

But their broad success hides another potential draw of podcasts – to serve niche groups of listeners which radio stations have traditionally overlooked.

The beauty of podcasts is that they are ideally suited in catering to more select audiences and interest groups. They can narrowcast in contrast to the broad reach of terrestrial radio networks.

Niche podcasts can range far and wide serving a multitude of differing audiences; from those curious about the intricacies of international finance and how money makes the world go round, to others fascinated with astronomy and what makes up the whole universe turn.

Technology has democratized the airwaves (or at least the on-line audio pathways). Anyone with an internet connection, a microphone, a laptop and sound-editing software can theoretically put themselves on the same playing field as NPR, BBC and other established broadcasters.

Such access also means that the quality of the some of the offerings from DIY podcasters is of wildly variable quality. Just as the internet has put ‘fake news’ and respectable reporting on the same platform – so it also allows sub-par podcasts to bracket themselves alongside stellar productions.

If niche interest podcasts are to stand the test of time – as well as stand out amid an increasingly crowded field – they must serve up high quality, focused programming. As more and more podcasts are launched so producing a polished and appealing product becomes increasingly important.

My own experience in producing and editing the World Bank podcast series, ‘Between 2 Geeks’ is illustrative of this trend. Another example of similar programming is ‘Pocket Economics’ made by the European Bank for Reconstruction and Development. Both podcasts are squarely aimed at a particular constituency – in this instance those interested in international development. Both have been made to a high standard – technically and editorially – so they that offer a stimulating, informative and convenient (i.e. not too long) listen.

Podcasts are an ideal medium for numerous other organizations which possess a specific field of expertize, to connect with a particular audience. Think-tanks, universities, even hobbyists, can use this tool to serve – and even reach beyond – existing constituencies, generating new interest and awareness in their areas of expertize.

Additionally audio has the ability to generate an intimate and personal connection with listeners, in a way that largely eludes print and television. Good stories and strong presentation generates loyal audiences. With the right pieces in place, podcasts can create communities and become a tool in joining together like-minded individuals.

But ultimately the loyalty of listeners will not be won with the subject matter alone. Amid the growing chatter of on-line programs, niche podcasters will succeed by ensuring that their content is compelling, conveniently packaged and above all interesting.

Either way, podcasts – both for broad and narrow audiences – are the destination of the future for great audio.